From the Ottoman Empire to the Republic of Turkey: Yemen has always resisted external aggression 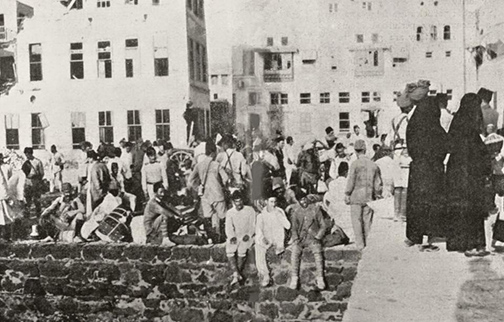 Many Muslims look upon the defeat of the Ottoman empire as the extinguishing of an ideological symbol, “the caliphate”, but as a consequence they also tend to look at the world through the eyes of Constantinople, which cared more about Yemen for its geographic location than for its people, and thus saw Yemen as a place to be conquered and exploited.

They overtaxed Yemen, eightfold under the Ottoman governor Ridwan Pasha, which provoked the Yemeni Zaydi uprising led by Imam al-Mutahhar in 1566. The Turks sent 70,000 soldiers that century to suppress the uprising, but only 7,000 went back. The Ottomans used the tax-revenues raised from Yemen to purchase goods arriving from India/China, and thus, Yemen was actively underdeveloped by the Ottomans as India was by Britain.

Despite its rich history, Yemen was reduced to the third-world of the Ottoman empire, especially after the Ottomans returned in the 19th century to reimpose the same economic policies. Yet after centuries of trying to dominate Yemen, occupiers have always been shaken off by rebels from the northern highlands of Yemen and today Ansarullah is performing the same role, uniting the nation against external aggression.

Unfortunately championing the right of Yemenis to defend their sovereignty is not a priority for the neo-Ottoman agenda, which instead promoted the fake revolutions that relied on importing mercenaries from around the world, but then completely ignored the only actual revolution of the “Arab Spring”, the one that wasn’t supposed to happen, the one that promised to create an independent Yemen.

In Syria, the “rebels”, invaded from bordering states with billions of dollars in aid from the wealthiest states on earth, and still couldn’t take power, whereas in Yemen, the so-called “Houthi rebels” were popular enough because of their political message, that the state/military effectively joined them in opposition to plans by an unpopular President (Hadi) to impose economic austerity and “federalise” the country into six regions, weakening it at the behest of Saudi Arabia.

Ansarullah ceased being “rebels” in September 2014, a full seven months before the Saudi aggression began, and despite being entirely indigenous to Yemen, they’re spoken of as though they’re “Iranian proxies” whereas the multinational mercenary force waging war against the Syrian state are still called “Syrian rebels” by the neo-Ottoman agenda.