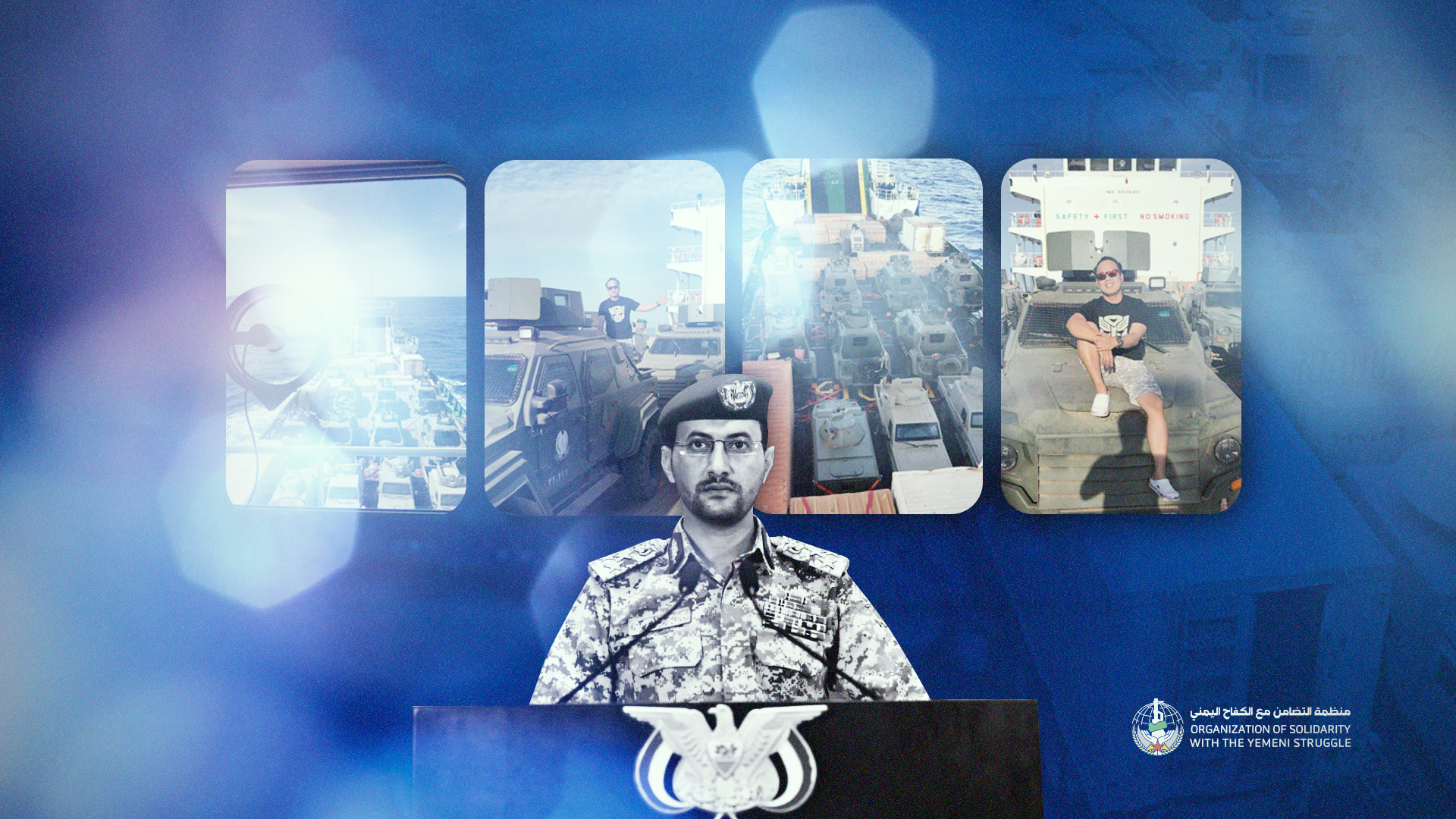 At a press conference held today in Yemen’s capital Sana’a, the Spokesperson of the Armed Forces Yahya Saree revealed new details surrounding the Emirati vessel Rwabee that was seized by the Yemeni Coast Guard by the shores of Hodeidah on January 3rd. The revelations include a number of acquired photos, including detailed shipping routes. It is believed that the vessel had departed from Yemen’s Emirati-occupied Socotra Island.

Sources claim the new material has been acquired with the help and assistance of Yemen’s National Intelligence and Security Service and depicts the deck of the ship at sea with different military loads on board. The photos also depict a crewman of the ship, reckoned to be of Southeast Asian origin.

The new revelations make it unequivocally clear that the Saudi regime and its lackeys lied when they claimed the ship was carrying humanitarian aid, classifying it as a “commercial vessel”.

The ship was seized by the Yemeni Coast Guard due to suspicious activities in the Red Sea, and for illegally entering Yemeni territorial water without proper clearance.