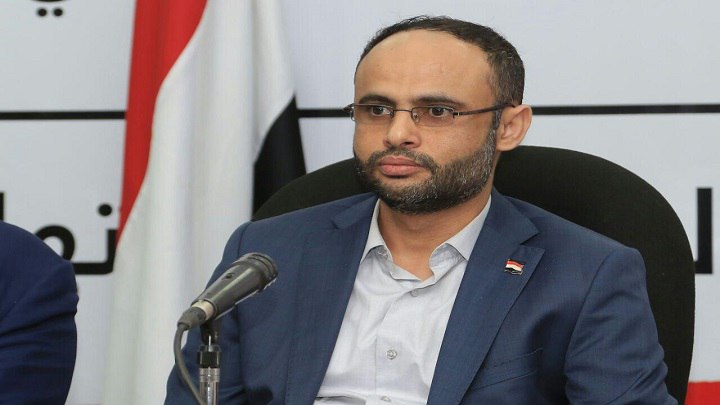 President Mahdi Al-Mashat, head of the Supreme Political Council, announced today in Sana’a the implementation of the National Vision for Building the Modern State of Yemen and its executive mechanism, this came during the inauguration of the Vision. President Al-Mashat said that he is following in the footsteps of Martyr President Saleh Al-Samad.

“I am pleased to announce the kick off of the executive mechanism, after the resolution No. (82) of April 20th, 2019 has been issued,” he said. The commitment to this vision and its implementation is reflected through the annual and strategic operational plans in a correct, informed and accurate manner. “The implementation of this vision is the least we can do to honor the sacrifices of the Yemeni People in the battle of liberation and in honor of our martyrs, led by the Martyr President Saleh Al-Samad, who drew this vision in the first letters with his hands,” he added.

“We are facing the aggression, but we are on the same path facing the challenge of building the state. All state officials must bear the will to face the challenge and proceed with building the state through the national vision and its contents”, he said. The President of the Supreme Political Council reaffirmed that everyone should respect the rule of law, institutions, social justice and equal citizenship. “Our reliance on our own capabilities and on our human wealth, One hand builds, another protects, the state and society is the sacred goal that we must pursue with good will and without hesitation, no matter what,” he added.

He stressed the need to work to provide all possible means to overcome the implementation of the vision with a focus on the development of legislation and administrative procedures by the government. He pointed out that there will be periodic assessment accordingly and the practical and methodological indicators that determine the workflow and performance ratio.