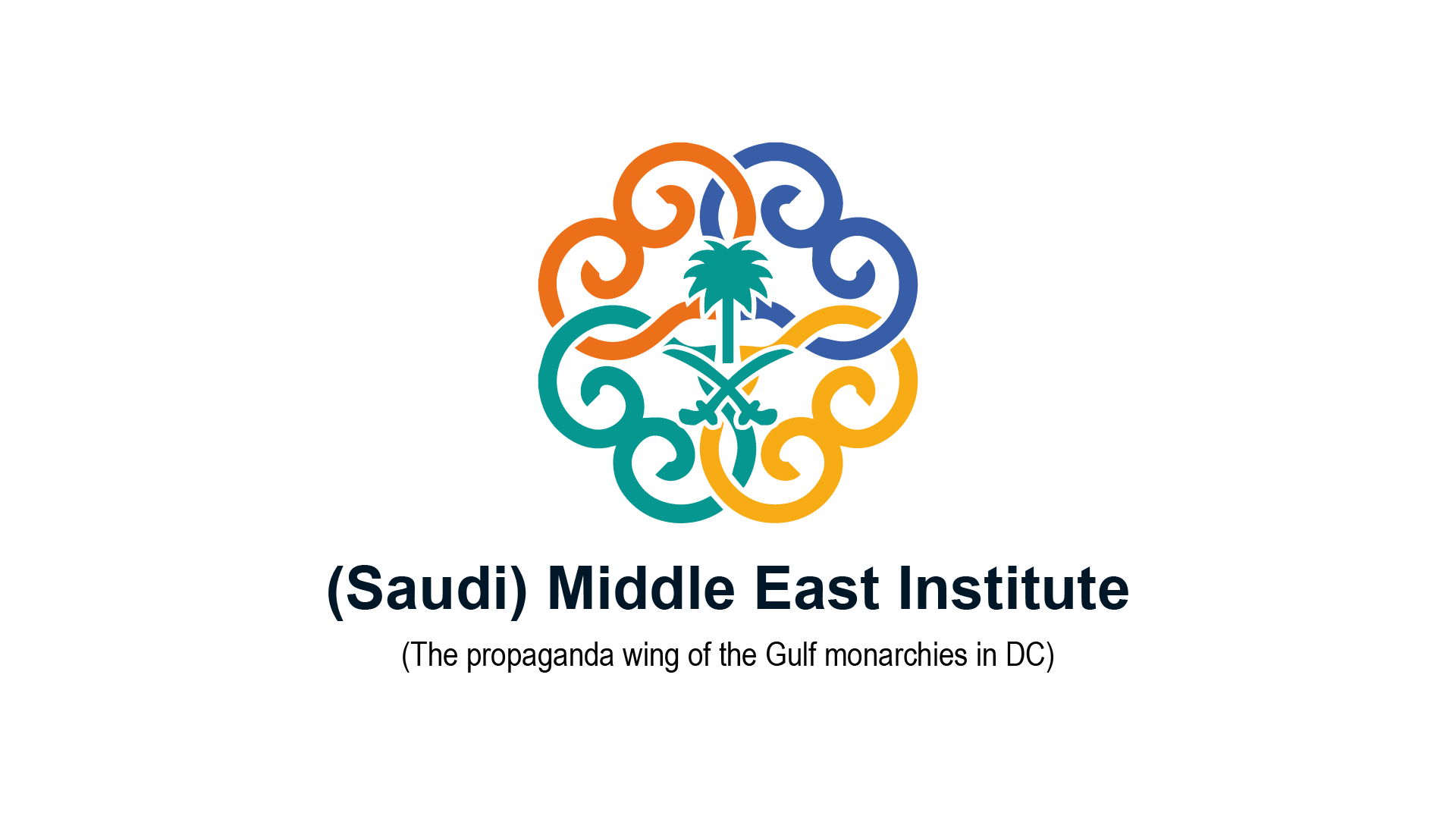 Note: This article was originally published August 23rd 2017 by Ben Norton on his own site here.

The Middle East Institute, an influential Washington, D.C.-based think tank that has enthusiastically pushed for U.S. wars and military intervention in the Middle East, has received tens of millions of dollars from authoritarian Gulf regimes.

Chock-full of former U.S. government officials, the Middle East Institute has been one of the leading voices in Washington defending the joint U.S.-Gulf war on Yemen, which has created the worst humanitarian crisis on the planet, killing thousands and pushing millions of civilians to the brink of famine.

While the Middle East Institute and its employees are regularly quoted as experts by large corporate media outlets, what is never disclosed is that one of the Gulf regimes waging the war on Yemen — the United Arab Emirates — is bankrolling the very think tank defending its catastrophic war.

The most recently available annual reports from the Middle East Institute from the years 2012 and 2013 show that the organization has received significant funding from the United Arab Emirates, Saudi Arabia, Qatar and even the U.S. State Department. Other top funders have been arms manufacturers including Northrup Grumman, Raytheon and BAE Systems, along with fossil fuel companies like Chevron and ExxonMobil and banks such as Goldman Sachs.

The extent to which Gulf regimes have financially supported the think tank was not exposed until August, when the Intercept obtained an email from Yousef al-Otaiba, the Emirati ambassador to the U.S. and a very prominent diplomat in Washington, D.C. Between 2016 and 2017, the UAE pledged a staggering $20 million to the Middle East Institute, according to the email.

This disclosure has led watchdogs in Washington to begin blowing the whistle. Robert Naiman, policy director of the group Just Foreign Policy, created a petition calling on the FBI to investigate the Middle East Institute over its UAE funding, and in particular to look into whether the think tank is violating the Foreign Agents Registration Act.

Naiman’s petition singled out Gerald M. Feierstein, a former US ambassador to Yemen now serving as the director for Gulf affairs and government relations at MEI. In March, speaking at the invitation of the Senate Foreign Relations Committee, Feierstein defended the sale of U.S. weapons to Saudi Arabia. In June, he testified before the House Foreign Affairs Committee, discussing the U.S.-Saudi relationship.

Feierstein appears to have lied to Congress about his relationship to Gulf regimes. In his required disclosure form, he claimed that his organization, MEI, has not “received any contract or payment originating with a foreign government related to the subject of the hearing.”

Yet the UAE has played a lead role in the war on Yemen, and the Intercept’s report shows it has given MEI many millions in funding.

As of August 20 2017, the petition calling for an FBI investigation of the Middle East Institute had more than 5,000 signatures.

AlterNet has previously shown how U.S.-backed Gulf regimes work with the media to push for war. In this latest investigation, we show how Gerald Feierstein, MEI’s director for Gulf affairs and government relations, has played the press.